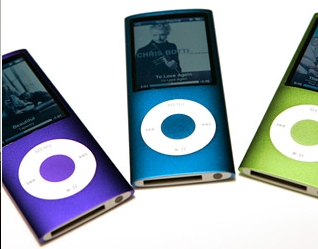 Apple isn’t done yet with their market dominant MP3 player IPod Nano and has decided to launch a newer model of the same thing, only this time with a sleekier rounded edges look.

Meanwhile Microsoft is also upgrading their Zune player, but is there really anyone who cares about Zune? Just FYI, the Zune line-up is being expanded to include devices with 16GB of flash memory selling for about $US200 ($248) each and a $US250 ($310) model with a hard drive offering 120GB of memory.