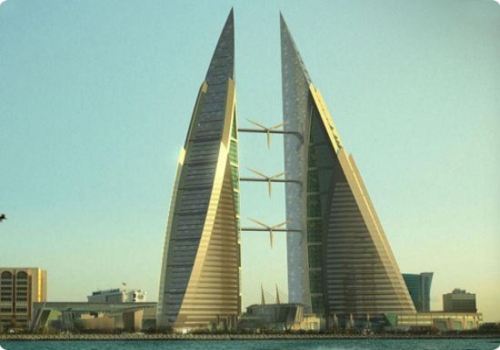 The Bahrain World Trade Center is the world’s first commercial building to incorporate large-scale wind turbines into its initial design. It has three massive wind turbines that measure 29 meters in diameter and are supported on bridges between the BWTC’s two 240-meter-high towers. The turbines generate approximately 11–15% of the BWTC’s total energy needs.


My thoughts
* The buzz today is about “Green” and “eco friendly” ideas. Buildings and cities are following suit and there are more to come especially in Dubai, UAE, Singapore, Moscow and China.

* These Arabs sure are rich and they have plenty of money to spare and expanding most heavily than any other places on earth.

* Doesn’t it looks a bit like the KLCC twin tower? 🙂