You are here: Home / Software / Importance of Antivirus Protection

You need an antivirus application on your computer for your own protection no matter what. Shortly after I downloaded an application using Frostwire and tried to install it, my antivirus pops up and tells me that something fishy was happening. Setup.exe was a fake and I can tell from the task manager that it was taking up a lot of CPU resources (apparently trying to create fake files and planting trojans to my computer). 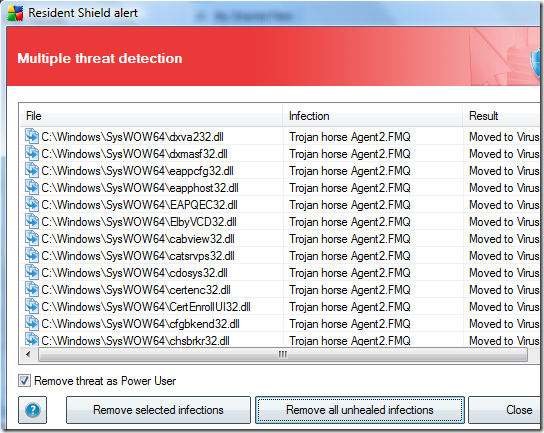 I use AVG antivirus but any other decent antivirus program will get you covered as well.

As you can see, I have the best intention to download and use what I think was a good application. Getting it from P2P/torrent networks might not be a good idea after all as other users might be posting malicious file. If there wasn’t an antivirus to protect me, I would be caught totally unaware of this “trojan planting activity” that was happening.