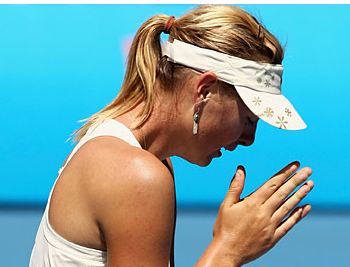 No surprises. As I’ve said previously, Maria will win the Australian Open 2008 against her opponent Ana Ivanovic, and she did. In a match that lasted 91 minute, Maria blew Ana away with straight sets win 7-5, 6-3.

Already a champion at Wimbledon in 2004 and the US Open in 2006, Sharapova now has three of the four majors in her trophy cabinet heading to the French Open after adding the Daphne Akhurst Memorial Cup to her collection. The next one to capture will surely be the French Open. 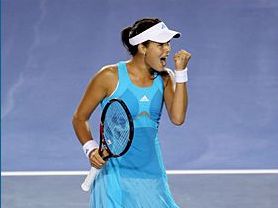 Ana played well, but if she had only kept her unforced error down, she might had stand a chance. But then, I still think that she has many areas to improve and Maria was simply too good in this tournament.

– Maria didn’t drop a single set in all her matches including the finals in Australian Open 2008.
– Both players are only 20!
– Ivanovic’s first-serve percentage was higher, 60 to 54
– But Sharapova won 89 per cent of the points on her first serve to 62
– Sharapova hit 16 winners to Ivanovic’s 14
– Ivanovic committed 33 unforced errors to 15
– Sharapova converted 4-of-9 break points to 1-of-2
– Sharapova won 70 points in total to Ivanovic’s 50