You are here: Home / Media and Entertainment / Novak Djokovic Fights Back 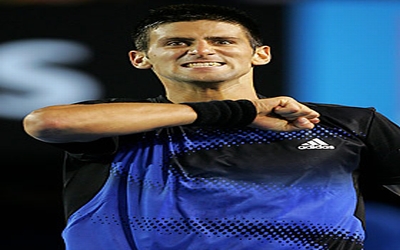 Somone needs to get the job done no matter how hard it is. If the rising Serbian Janko Tipsarevic got close to it, then maybe another Serbian, Novak Djokovic can. And he did. As mighty as Roger Federer may be, he’s finally back to earth once more after losing to Novak Djokovic in the Australian Open 2008 semi finals in straight sets 7-5 6-3 7-6 (7-5).

Being a Roger Federer fan myself, this is absolutely no joy. But yet, I’m not surprised. If you had followed the tournament close enough, you probably had seen that Roger’s shots were not that threatening, and worst of all, lots of unfalsed errors and some balls were falling way long at the opposite court. I’m not sure if I’m the only one feeling this way, but Federer looks a bit thinner then he was last year. Where’s the chest and the bi/triceps he used to have? Even if he happens to win his match, Tsonga is looking way too good than Federer with his current form.

Federer’s last straight-sets loss at a Grand Slam came when he went down to Brazilian Gustavo Kuerten in the third round of the 2004 French Open, and the defeat was his first at Melbourne Park since the corresponding stage three years ago against eventual champion Marat Safin. So it has really been quite a long time. But yet, Roger still keeps the World’s number 1 spot after losing this match.

Djokovic is the youngest player in Grand Slam history to have reached the semifinals at all four majors. This match marks Djokovic’s fourth consecutive Grand Slam semifinals appearance and he has not dropped a set at this year’s Australian Open. He’s the 9th man to reach the finals without dropping a set. Roger Federer was the last man to do so at last year’s tournament.

Congrats Novak. Forgive me but I’m sure I’m not the only one to predict that Tsonga will be the winner in the finals. His consistencies is simply impressive. He might just be the Muhammad Ali of tennis and gives Novak a big punch on the face in the finals. So, we’ll see how it goes on Sunday.