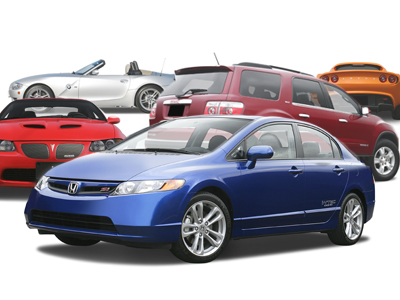 Compared to other countries, cars in Australia are generally cheaper. Whether you are looking for a second hand car to school/college/work, you will find there’s lot of offers around. And if you’re patient enough, you might as well get yourself a decent car for a good deal.

Believe it or not, my first car, a Mitsubishi 92 Lancer Sedan, was actually bought from a auction on ebay for AUSD1500. I now regret it since I didn’t even went for an inspection of the vehicle before I bid, and that the car was faulty, needed some major work which cost extra XXXX, and has died after 6 months of driving (the engine was toasted, Hooray!). Not a bad experience for a first car, isn’t it?

I had since then acquired 2 second hand cars, a Toyota Corolla 97from a dealer and a Honda Accord 97 from a private seller. I was even having three cars at a point of time all under my name and it was quite a hassle when it was time to pay for the toyota’s and honda’s car transfer, car registration and taking the mitsubishi off the road. I’m sure you would not want to do this.

Next time you are buying a car (whether a new or 2nd hand), consider this:
1. Cars are never a good investment, no matter what the dealer tells you.

2. Cars are good when you have a family, or you are studying/working in somewhere far from your resident. But hey, Australia has the best public transport in the world I have ever seen. Not even the US offers public transport facilities as good as Australia’s (at least for LA, Chicago, Alabama where I have visited before)

3. The shiny new car you see on paper and display isn’t the net price you will be paying for. You still have fees such as stamp duty and so called dealer transport fee to get your car off the road, plus the dealers would be even more happy if you took an extended warranty and a loan.

4. Believe me, you can really get good second hand cars. The only problem is the effort:
– time and energy to flip though papers + making calls + driving to inspect
– money when you’re renting a car to go look for one. Or ask yur friend to give you a lift instead.

5. Buy a rich man’s second hand car, so that you can be sure that it’s well mantained. I was lucky as my Accord 97 was bought from a businessman, who bought the car for his wife to buy groceries and pick up their children from school. It was really well mantained. He even recommended his only mechanic where he has been sending all his car for service to me and I have no complaints with their craftmans’ services. Such good man deserves to be rich.

6. Send the car for mantainence or checkup as soon as possible, as no car is perfect.

7. Last, don’t be pressured to do something stupid. Don’t sign a contract, don’t say a “yes”, and it really doesn’t matter if your girlfriend/boyfriend cries. If it’s a bad deal or you aren’t prepared, just say “no” or you need more time to reconsider and walk away from it. Once you decided and people actually think that you have made up your mind, it becomes part of your responsibility to fulfill what you have decided.