Did you know that farmers can get paid up to $10K per year per wind turbine installed on their farm?

I was browsing for photos on flickr and came across this photo, with the following comments. 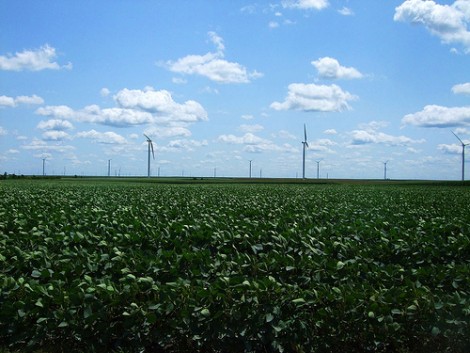 Farmers get $10k, per turbine, per year. Nice, huh? But you have to have enough open space, or your land won’t qualify. Obviously, it’s all about gathering enough wind to justify the cost.

It’s good to see this kind of things happening. Renewable energy sources such as those from wind turbines should be encouraged and it’s a win-win situtation for farmers to get paid for having their land installed with wind turbines while allowing private/government owned electricity providers to get more power into their grid. I heard that Germany’s government is giving out allowance for every household to install solar panels and buying back unused power. I wonder if tall city buildings will get their own green gardens with mini wind turbine one day as envisioned in this microsoft sustainability video.

Perth (where I’m currently residing) is said to have the strongest wind and I have seen wind turbines installed at Albany (where there’s seriously strong wind), Rottnest Island and somewhere up North. I’m not sure how much power they can generate but think there’s more that can be done across the country in renewable energy since there’s large piece of vacant desert land in the middle of Australia and that it’s one of the leading country in terms of solar power research and gets lots of sunshine all year long. Although ironically, Australia is also currently too busy digging up coal, iron, fossil fuels plus uranium as that’s where the big money lies.