Blogs with multiple authors and needs tracking between who edits which part of an article would definately be the happiest to know that post revisions is now introduced into WordPress 2.6. 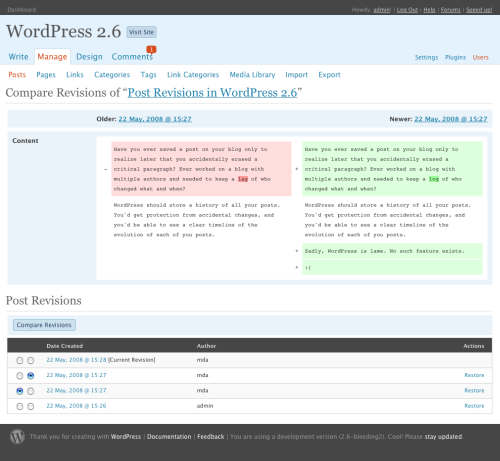 I like the idea of being able to keep revisions of any single post. Having that functionality on a blog owned and written individually can proved to be useful as well especially when you deleted some parts of your post and replaced it with newer contents and found out later on that you want something that was previously replaced.

* From the screenshot itself, it looks a bit like what Wikipedia has as well.