You are here: Home / Archives for Hardware & Gadgets 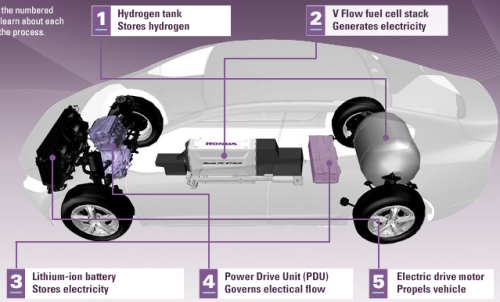 Kudos to Honda who release their first car known as FCX clarity which is run on fuel cell and hydrogen only. It’s impressive considering that the fuel cell combines hydrogen with oxygen to make electricity which in turn powers the electric motor to propel the vehicle. Water is the only byproduct the FCX Clarity leaves behind.
END_OF_DOCUMENT_TOKEN_TO_BE_REPLACED

A new humanoid robot named Reem-B has been unveiled in Abu Dhabi, UAE. It is capable of face recognition, speech interaction, biped walking, traversing stairs, and sitting. It can also recognize and pick up objects, as well as evaluate and map out objects and direction of a room.

END_OF_DOCUMENT_TOKEN_TO_BE_REPLACED

I remember back in the days when I was still a high school student, and the battle between Intel and AMD was so fierce that I could hardly know what was going on. One day, AMD will have the fastest machine, and the next day Intel will come back and say “Oh, I’m faster than you are by 10000 cycle per second and I’m on a smaller dice size, emit less heat and consume less power, bla bla bla”. Not that I was complaining, but it was and still is a daunting task trying to keep up with microprocessor technology.
END_OF_DOCUMENT_TOKEN_TO_BE_REPLACED

eBay shows off its Auctions application running on the iPhone during Apple’s WWDC 2008 in San Francisco. The new app has a basic front door with options to track auctions you’ve bid on, and see whether you’ve been outbid.

Wanna know why they kept on searching things related to Wii? It’s because Wii is the most searched item on eBay!

Apple launched its new 3G iPhone this morning and slashed the cost to almost half the price of the existing model during the Worldwide Developer’s Conference in San Francisco.

Chief executive officer Steve Jobs said the new phone would be smaller and faster and would appeal to 56 per cent of people – Apple says – who want an iPhone but have not bought one because of the price.

In the US, the new 3G iPhone will cost from $US199 for the 8GB model to $US299 for 16GB. The new model has 3G speeds faster than the Nokia N95 and Treo 750, according to Apple, and is almost on par with WiFi speeds.
END_OF_DOCUMENT_TOKEN_TO_BE_REPLACED 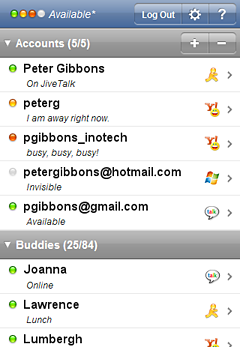 JiveTalk mobile messenger brings the desktop Instant Messaging experience to your mobile phone. With JiveTalk, you get a complete IM solution with 24/7 real-time connectivity to all of your IM buddies. Stay connected on all your IM accounts, all at the same time, all on your phone!
END_OF_DOCUMENT_TOKEN_TO_BE_REPLACED

Talking about developing applications in Phone using the IPhone SDK, developers at earthscape has manage to show us some cool things that they’ve programmed for the IPhone.

They call it: IPhone Earth. 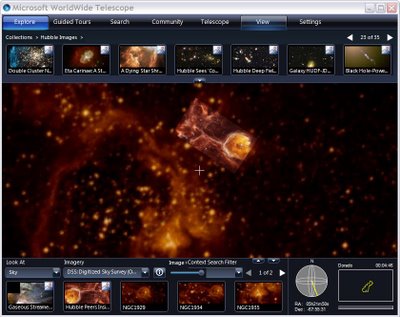 Have you ever wanted to view how the galaxy was form or what scientists at NASA are seeing? Now you can with the new Microsoft Wordwide Telescope. The WorldWide Telescope (WWT) is a Web 2.0 visualization software environment that enables your computer to function as a virtual telescope, bringing together imagery from the best ground and space-based telescopes in the world for a seamless exploration of the universe. END_OF_DOCUMENT_TOKEN_TO_BE_REPLACED