Traffic is also growing at a steady rate. Even though I had set the target on July of achieving a 3 months average Alexa ranking of 200K, this goal has yet to be materialized where this blog is standing at 238,206 3 months average at this time of speaking. The 1 week average is at 181,126 though. 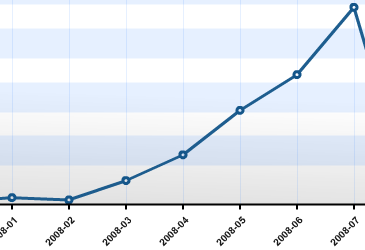 It has been the best month so far and I hope this trend will keep up in the next couple of months.